Buying License- choices complicated- easy to purchase I decided to bite the bullet and get an annual License for aText as I wanted to play with the scripts. A few funny things happened. First, depending on where you download the app from is what access you have for purchase. I downloaded one from the aText
Read More 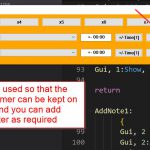 Do AHK libraries work on PC’s with no AHK installed? Test on PCs I want to try and setup an app that will be extendable. A basic core program and then be able to add features of your choosing write the code in blocks be able to allow for part of the program to be
Read More

Previous articles have discussed counter uses for a program and a license check to run. I’m interested in duration, as in, the software will run for 30 days then stop. So how to do? On installing a program it has to go and get today’s date and secrete that somewhere. Then each subsequent time the
Read More

In the prototype stage you can have a count to protect the program but what do you do when you hand over the program to others? You’ve given an install file so potentially they can share that installer with anyone. I wrote some articles and did a video for the temporary process Compile a program
Read More

Following on from Compile a program for install for distribution article. I’m thinking about doing some paid work, so I want to be able to send prototype scripts to people to use, but not the full version, or rather a version that will run for a while and then stop. That way the customer can
Read More 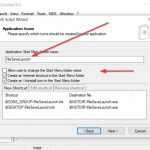 How do you compile a set of files , so that if you run an install it can locate files in different directories to run. I’m thinking of trying to setup some sort of prototyping for some scripts. I would like to send a copy to clients to test run, but I only want the
Read More 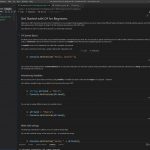 I was browsing and came across the Microsoft Learn TV area with lots of learning tools. I started to explore the Videos for things of interest and initially looked at a JS video then thought about C# training, with a BIM plugin in mind, and saw the following series: Reactor 1. In the initial part
Read More