The first question I had was could you embed the page in a web page? This is a wordpress site and I’ve used an iFrame to display below, this is using an iFrame plugin: As you can see the page is blocked from view. There is also an embed shotcode as well and using this
Read More

I lost my car keys when walking down at Hataitai Beach, one was electronic key for car and its about $250 for a replacement. I ended up walking home to get a spare key and then back down to car. I made a poster (A4) and a $40 reward but no one came forth. I
Read More 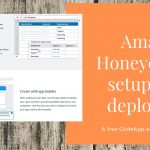 Amazon Web Services(AWS) have just released Honeycode (https://www.honeycode.aws/), to help businesses develop apps without code. It allows you to have 20 people in a team (to share apps) and 2,500 rows of data and as many apps as you want. It works on mobile phones through its free downloadable app that you need to be
Read More 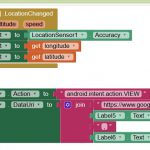 I lke GlideApps, they are cool. You can make some great apps with them. But you cannot access youtr phone’s sensors. So I thought, use App inventor to grab data from phone sensors, send it to google Sheets and then use GlideAppps to access the same google Sheets with that data to make a richer
Read More 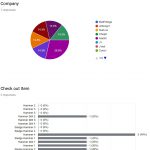 I saw this great YouTube video about QR Attendance Using Google Drive with QR Codes Generator Add-ons: I thought it was a great workflow and also an elegant solution. The autoresponse from scanning the QR code to fill out the form. How easy is that? Then I got to thinking how I’d use it. I
Read More

I have written a couple of posts about translation Glide apps for bus tour, art Gallery & museums. Initially I used the web page to translate individual cells to a different language, then used uploading a whole document to do the translation. While looking through the Glide Apps community posts here I came across this
Read More

Following on from the 2 previous videos relating to this app, after a task has been completed, an email can be sent to the project manager, and others via the app to advise of its completion. So we need to take this item off the TO DO list and move it to another list, and
Read More

After the Art Gallery App Free GlideApp for developing Art Gallery translation mobile app I wanted to extend it to a Museum app. As it does not take too much time to mock up an app I thought a specific app targeted at a specific Museum would capture more attention than if you were to
Read More 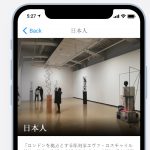 Further to HopOnHopOff (HOHO) for bus tour I could see that this idea could be extended to other instances like Museums, Art Galleries and events. A way of extending the information about a specific subject by translating it into different languages, thereby allowing people to engage more with the subject at hand. So, my initial
Read More 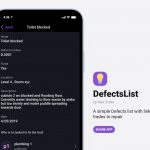 Following on from the HopOnHopOff tourist translation app that I developed and discussed in an earlier post, I wanted to extend the features in the app to suit specific needs. I decided to explore a Defects List app for a building site. Defect lists are common, both during and at the end of contracts. Near,
Read More