I saw this in Upfront.eZine RSS feed. WikiIFC. This looks interesting. Idea model built elsewhere but then brought across for rest of life here. A great concept. Looking at how to use in the future- In stealth mode at moment as they are developing it still. Test 1 I used the sample simple model and
Read More

I’m hunting around for a color accordion/spoiler as the current one is gray and a bit bland. I found the ultimate shortcode plugin had extra css to put in and that got the job done, I’d tried a few other plugins including Cosmic Blocks but am really happy with the solution as it reduces extra
Read More 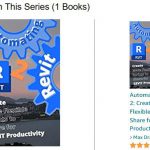 I have a multi-pronged approach to investigate at this point: Identifying and testing the software keys and getting them to work Making them generic so that I can share them Look at licensing file setup for program and start testing/compiling/testing- Yearly subscription or buy outright? Look at modular add-ons for program- basic plus add-ins to
Read More

Still ZERO enrollment. Pricing Initially priced at $200, I dropped the price in April, on the 22nd to $150 as I published my eBook and I’ve since dropped it again today, 13th May to $75. Currently at $49.99 and 2 people enrolled. One gave me a 5 star rating, that was nice. Engagement so far
Read More

Currently my 5th most popula post on my blogsite is How to Set Up Room Data Sheets in Revit with (NOW FREE) WhiteFeet add-in . I’d loaded Whitefeet plugin and was playing with it. So I wasn’t actually using it in anger as such, on a real project, more as an exercise on what that
Read More 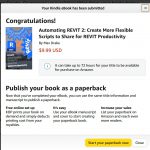 After publishing book 1 I saved a few things up to put in book 2. I’ve just published to Kindle and want to look at other formats too now. Some content ideas One of them was the X factor & the star (asterisk) More advanced things like taking a bespoke issue and generalising. How to
Read More 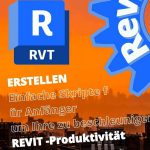 I have had few sales for the English version on Amazon, and thought about translation into another language. My first attempt was Chinese but couldn’t figure how to do that so am opting to try a few European languages, German, French, Italian as I’ve the already subtitled the videos in those languages. Then Arabic next
Read More

The eBook I created is good for a few Amazon stores globally, but some have been missed off the list as there is an expectation that the language needs to change for those items to be sold in those stores. China wasn’t on the list and I had the need for another project after I
Read More 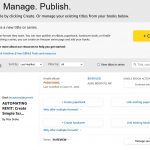 I’ve been working through the content for the eBook in Word, using Text Boxes to hold the scripts , then I read an article suggesting that Text Boxes were a no-no , so I saved the contents and made a copy and used a different style “Intense Quote” to have the script a different colour
Read More 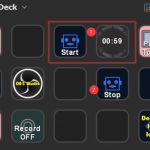 After the first article I began to see the shape of what I wanted to do as an eBook. I do waffle around things so setting up the OBS for YouTube Shorts was something that took a bit of fiddling, but it has had its benefits. It allows me to describe things briefly, in 60
Read More