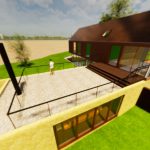 I’d read about this a while back and wanted to try it. You export a model from Revit to Unreal Engine’s free version of TwinMotion and render it a lot more realistically. I’d played with Unity and I really liked its 1st person shooter plugin for Revit, where you created a stand alone model that
Read More 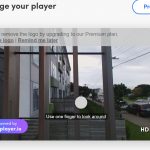 I was trying to resolve how to make a 360 panorama in Simlab Composer 8 pro, as shown in this video and went back to the article Take Your Designs to a New Level with 360 3D and it mentioned 360Player.io, which I have not come across before, so I had to quickly test it.
Read More 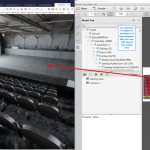 Following on from Multipurpose function hall and variable seating prices, I received a reply from Simlab Soft regarding having a clickable link in a 3DPDF. They said try using their Simlab Composer single license: Pro edition costs $199 VR edition costs $399 Pricing page here I had, a while back , had an issue with
Read More 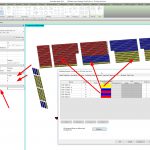 Going to get a seat to an Opera or Ballet performance in Wellington I usually trundle down to the ticketek office to book and get the tickets. When looking for seating they usually have a plastic folder with photocopies in and point to seats in the price range you are looking at (usually the cheap
Read More 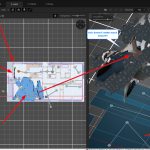 I would recommend you do not even try it, its a waste of time Capture a space in 3D without a 3D scanner (their byline)- It didn’t do that for me, so that’s a lie After getting very excited about this programme from the videos, once you test the free plan out it is not
Read More 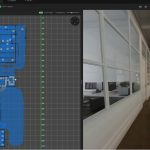 I was interested in the Cupix tool a while back when it was in its beta free version, at a time when I did not have a 360 camera. I decided to have another look at it now that I do have a camera. Within the programme it creates a 3d model from your spaces
Read More 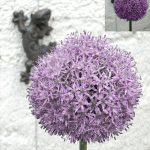 Nomacs nomacs is a free, open source image viewer, which supports multiple platforms. You can use it for viewing all common image formats including RAW and psd images. nomacs features semi-transparent widgets that display additional information such as thumbnails, metadata or histogram. It is able to browse images in zip or MS Office files which
Read More 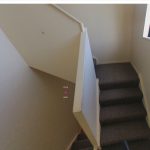 Panoramic files (360/180) can be viewed directly with a programme such as Paint, but they do not make much sense. You need a specific Panoramic programme to read the files correctly. I use the FREE photo sphere viewer by Jeremy Heleine. Follow the link to see the demos. The method that the programme uses is
Read More 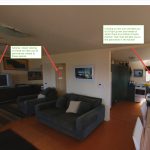 The new   photo sphere viewer by Jeremy Heleine allows you to put Markers on your Panorama . See demo here. I think that is pretty cool and I wondered if you could make them into Hyperlinks to link other panoramas to make a virtual tour. So I did some tests. My previous way to be
Read More

The demonstration site, which uses examples of different free plugins to demonstrate different features, can be found at apriori.ml. Looking at the WordPress themes (free ones of course) I saw there were quite a lot of real Estate Themes and Plugins and I wondered if you could adapt one of these to be a property
Read More